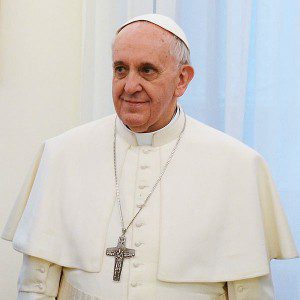 WASHINGTON | Archbishop José H. Gomez of Los Angeles, president of the U.S. Conference of Catholic Bishops, issued a statement May 31, 2020 on George Floyd and the protests in American cities that have taken place over the last several days. This follows the Friday statement from seven U.S. bishop chairmen of committees within the USCCB (see below).

“The killing of George Floyd was senseless and brutal, a sin that cries out to heaven for justice. How is it possible that in America, a black man’s life can be taken from him while calls for help are not answered, and his killing is recorded as it happens?

“I am praying for George Floyd and his loved ones, and on behalf of my brother bishops, I share the outrage of the black community and those who stand with them in Minneapolis, Los Angeles, and across the country. The cruelty and violence he suffered does not reflect on the majority of good men and women in law enforcement, who carry out their duties with honor. We know that. And we trust that civil authorities will investigate his killing carefully and make sure those responsible are held accountable.

“We should all understand that the protests we are seeing in our cities reflect the justified frustration and anger of millions of our brothers and sisters who even today experience humiliation, indignity, and unequal opportunity only because of their race or the color of their skin. It should not be this way in America. Racism has been tolerated for far too long in our way of life.

“It is true what Rev. Martin Luther King, Jr. said, that riots are the language of the unheard. We should be doing a lot of listening right now. This time, we should not fail to hear what people are saying through their pain. We need to finally root out the racial injustice that still infects too many areas of American society.

“But the violence of recent nights is self-destructive and self-defeating. Nothing is gained by violence and so much is lost. Let us keep our eyes on the prize of true and lasting change.

“Legitimate protests should not be exploited by persons who have different values and agendas. Burning and looting communities, ruining the livelihoods of our neighbors, does not advance the cause of racial equality and human dignity.

“We should not let it be said that George Floyd died for no reason. We should honor the sacrifice of his life by removing racism and hate from our hearts and renewing our commitment to fulfill our nation’s sacred promise — to be a beloved community of life, liberty, and equality for all.”

Seven other bishops: ‘We are brokenhearted, sickened, outraged’

WASHINGTON | Seven U.S. bishops, chairmen of committees within the U.S. Conference of Catholic Bishops, have issued a statement May 29, 2020 in the wake of the death of Mr. George Floyd and the protests which have broken out in Minneapolis and in other cities in the United States.

Here is their statement:

“We are brokenhearted, sickened, and outraged to watch another video of an African American man being killed before our very eyes. What’s more astounding is that this is happening within mere weeks of several other such occurrences. This is the latest wake-up call that needs to be answered by each of us in a spirit of determined conversion.

“Racism is not a thing of the past or simply a throwaway political issue to be bandied about when convenient. It is a real and present danger that must be met head on. As members of the Church, we must stand for the more difficult right and just actions instead of the easy wrongs of indifference. We cannot turn a blind eye to these atrocities and yet still try to profess to respect every human life. We serve a God of love, mercy, and justice.

“While it is expected that we will plead for peaceful non-violent protests, and we certainly do, we also stand in passionate support of communities that are understandably outraged. Too many communities around this country feel their voices are not being heard, their complaints about racist treatment are unheeded, and we are not doing enough to point out that this deadly treatment is antithetical to the Gospel of Life.

“As we said eighteen months ago in our most recent pastoral letter against racism, Open Wide Our Hearts, for people of color some interactions with police can be fraught with fear and even danger. People of good conscience must never turn a blind eye when citizens are being deprived of their human dignity and even their lives. Indifference is not an option. “As bishops, we unequivocally state that racism is a life issue.”

“We join Archbishop Bernard A. Hebda of St. Paul and Minneapolis in praying for the repose of the soul of Mr. George Floyd and all others who have lost their lives in a similar manner. We plead for an end to the violence in the wake of this tragedy and for the victims of the rioting. We pray for comfort for grieving families and friends. We pray for peace across the United States, particularly in Minnesota, while the legal process moves forward. We also anticipate a full investigation that results in rightful accountability and actual justice.

“We join our brother bishops to challenge everyone to come together, particularly with those who are from different cultural backgrounds. In this encounter, let us all seek greater understanding amongst God’s people. So many people who historically have been disenfranchised continue to experience sadness and pain, yet they endeavor to persevere and remain people of great faith. We encourage our pastors to encounter and more authentically accompany them, listen to their stories, and learn from them, finding substantive ways to enact systemic change. Such encounters will start to bring about the needed transformation of our understanding of true life, charity, and justice in the United States. Hopefully, then there will be many voices speaking out and seeking healing against the evil of racism in our land.

“As we anticipate the Solemnity of Pentecost this weekend, we call upon all Catholics to pray and work toward a new outpouring of the Holy Spirit. Let us pray for a supernatural desire to rid ourselves of the harm that bias and prejudice cause. We call upon Catholics to pray to the Holy Spirit for the Spirit of Truth to touch the hearts of all in the United States and to come down upon our criminal justice and law enforcement systems. Finally, let each and every Catholic, regardless of their ethnicity, beg God to heal our deeply broken view of each other, as well as our deeply broken society.”

St. Augustine bishop: Not even a murderer loses his dignity

JACKSONVILLE | Bishop Felipe Estévez has released his fifth pastoral letter to the faithful of the Diocese of St. Augustine. The 20-page document is entitled, Standing Up for the Dignity of all Human Life: A Pastoral Letter on Capital Punishment in Florida, and it addresses the teachings of the church about the intrinsic value and God-given dignity of every human life from conception until natural death.

“We believe that God – and only God – is the author of every human being, and only God should determine the end of that life,” wrote Bishop Estévez. He draws on the wisdom and experience of St. Pope John Paul II, Pope Benedict XVI, Pope Francis, and his predecessor the late Bishop John J. Snyder, all of whom challenged the world to stand up against the death penalty.

He also looks to those whose lives were cut short because of their ministry and high regard for human life, such as St. Maximilian Kolbe, who voluntarily took the place of a condemned inmate in Auschwitz, and one of the Diocese of St. Augustine’s own priests, Father Rene Robert, who advocated against capital punishment 21 years before his murder in 2016.

In this pastoral letter, Bishop Estévez highlights the effort of the Florida bishops, who have tirelessly worked towards a culture of life, and Dale Recinella, who has served for more than 20 years in the diocese ministering to death row inmates.

Bishop Estévez also draws attention to the dignity of the victims of the accused and their families, saying, “A vital dimension of our prayer and our advocacy remembers the victims … they must never be forgotten.”

“We are called to stand for the inviolability and dignity of all human life, even when a person whose life is in the balance has made great mistakes, such as taking another’s life. Not even a murderer loses his dignity,” writes Bishop Estévez.

To download a copy of the pastoral letter, visit www.dosafl.com/bishop-felipe-j-estevez/pastoral-letters/. 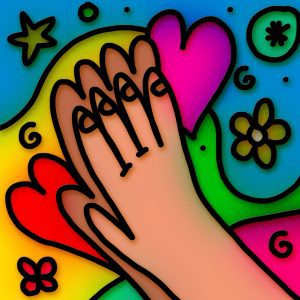 Saint of the Day
Minute Meditation